Somebody who knows me well asked me…Continue

As we've just commented, the …Continue

Does being 'sustainable' cost too much time and money?

While the thinking is that being more 'sustainable' as a business should lower your costs, does it just cost too much to begin with - in both time and money?By the time that you've invested in all…Continue 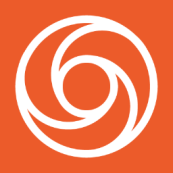 Export to Outlook or iCal (.ics)

BPM is the world’s largest event dedicated to DJing, Electronic Music Production and Entertainment Technology. Visitors include DJs, producers, performers, promoters, venue owners/managers, equipment retailers/installers, technicians, record label representatives, students and many others who simply have an interest in DJing or electronic music.

The first BPM took place at Donington Park Exhibition Centre back in 2007. Over 2200 visitors came for two days of equipment demonstrations, networking, seminars, workshops, live performances and DJ sets. A second show in 2008 firmly cemented BPM as a major event on the global DJ calendar and prompted the move to a bigger home at the NEC in the thriving city of Birmingham. With direct links via road, rail and air BPM is now easily accessible to visitors traveling from across the UK, throughout Europe and from even further afield. Since the move, BPM has gone from strength to strength and BPM 2012 was the biggest yet, welcoming over 8000 visitors from 18 different countries.

From Saturday the 14th until Monday the 16th of September 2013 BPM will once again brighten up Birmingham with the sound of electronic music. The show promises to be the biggest and best so far and is not to be missed!