practical sustainability for the entertainment industry

Why not engage us to carry out a sustainability audit at your venue to see how you can begin to improve your performance?

Find out about us here, or have a look to see what's in an audit... 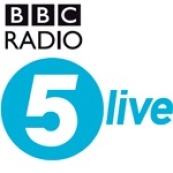 Export to Outlook or iCal (.ics)

Taking place on Thursday 5 September, Energy Day sees BBC Radio 5 live creating a platform for the national energy debate to be discussed in a new and innovative way.

Interactive energy harnessing taking place on the MediaCity piazza – including chip fat from the BBC canteen, wind turbines and kinetic energy from a human hamster wheel

By 2020 a quarter of the UK’s power supply will be shut down, with power stations either closing or coming to the end of their natural life. The Government are currently looking at solutions to fill this energy gap, as without a coherent plan Britain will see blackouts happening more frequently and for longer periods. Radio 5 live are focusing a day of programming to look at options to fill this gap, while also continuing to deliver all the day’s news and general programming.

Throughout the day live webcams will broadcast all the activity from the piazza on the 5 live website, including activity from an outside studio which will be powered by renewable energy. This studio will be used for live reporting plus sport, travel and weather bulletins throughout the day and host an audience debate for Your Call.

The day begins with a ‘switch on’ at 7am in 5 live Breakfast with Nicky Campbell and Rachel Burden. Breakfast welcomes Ed Davey MP and Caroline Flint MP to the show to discuss the energy debate. 5 live Breakfast will also react to results from a special, 5 live commissioned survey gathering people’s opinions and awareness of the debate.

Ed Davey MP will also take questions and hear opinions from a live audience within the outside studio, being powered by renewable energy for Your Call from 9am with Nicky Campbell.

From 12pm, Shelagh Fogarty and Dominic Laurie host a consumer team energy prices special; hearing from Britain’s biggest energy companies, Shelagh and Dominic will discuss energy costs, ways to save money and will help to explain your bills.

Richard Bacon, from 2pm, will be powered by the pedal as exercise bikes are set up in the piazza for guests such as Olympic cyclist, Chris Boardman, members of the public, and Richard himself to ‘hop-on’. All will be trying to generate enough kinetic energy to power Richard’s show for the full two hours.

From 4pm, Peter Allen and Anna Foster present 5 live Drive which will take an in depth look at the news and politics around the energy debate including the ongoing issues around nuclear power and fracking. They round off the day with a live panel debate taking place in the last hour of Drive running until 7pm with opinions and thoughts being heard from the UK’s energy experts.

Controller of Radio 5 live, Jonathan Wall, said: “Energy Day is an innovative and unique way to look at a national news story. Radio 5 live will be bringing the debate to audiences and offering them the chance to put their questions to those that matter in the world of energy. Powering a studio purely on renewable energy is a risk for the station but will make for exciting radio nonetheless!”

Activity on the piazza throughout the day will include; a human hamster wheel, see saws and exercise bikes all generating kinetic energy, chip fat being harnessed from the BBC canteen to create biofuel and a mini energy grid which is being built on the piazza especially for the day. Members of the public are welcome to come down to the piazza at Media City to see and observe all the day’s activities.