Has anyone tried the new LED filament lamps/would anyone be interested in trying them?

A new player has arrived in our continuing quest for decent low-energy alternatives to tungsten and tungsten-halogen candle lamps for crystal chandeliers. As we know, CFL's look hideous in…Continue

Has anyone half-inched your energy savers? And is there anything you can do about it?

Can compact fluorescent lamps give you a headache?

I was asked this week whether…Continue 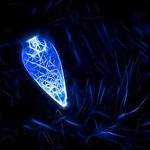 With a huge variety of products hitting the market every week, it's working with the products that counts - what have you learned?

If you have a question, post it in the discussion forum to get maximum exposure.

Not an entsust.com member? Click to join up free with

Has anyone tried the new LED filament lamps/would anyone be interested in trying them?

Has anyone half-inched your energy savers? And is there anything you can do about it?

Can compact fluorescent lamps give you a headache?

You need to be a member of :general lighting to add comments!

How about carpet that lights up with text and messages? Philips have made it possible (er....thank you, we think) with their new range of illuminated carpet tiles. No, it's not April 1st......

We are now testing our new range of energy saving LED lighting products that will soon be on sale at Bamford LED Lighting - we would like to thank everybody that took part in the tests and any future developments you will be kept in the loop about our progress.

These might be useful in a bar or similar, where local control is required to change or create ambiance, even when you have difficulty dimming LEDs. Plugged on MegamanUK's website, this system from LightwaveRF allows you to preset the lowest dimming point of an LED lamp retrofit install to allow smoother dimming.

Although designed more for the domestic market (where retrofits are more common) this still looks like an affordable interesting product - read MegamanUK's piece here....

Thanks to Pie on our Facebook page for drawing our attention to this one - a 'corn cob' LED lamp with some deeply undesirable bonus features....

Flicking through the new Lux Magazine, a couple of interesting new fittings stand out as worthy of attention.

Even if your 2Ds are on a lot, though, you'll only see 8 Watts saving on the usual version, so probably not worth swapping out your fluorescent ones for it. If you're refurbing, or replacing dead fittings, though, they could be worth a look. 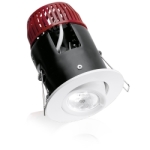 A perfect replacement for recessed M10 35 and 50 Watt downlights, they use a fraction of the energy, so payback should be quick. The warm white version specs 500lm, while the neutral white claims 650lm. We saw it at LuxLive and loved it...

Comment by entsust.com on January 6, 2014 at 19:00
We've received a set of sample Kosnic LED candles (see below), and we'll be testing them out in the next couple of weeks to report back here...

If you're a control systems geek, then you should probably know about Smart Lighting Controls Europe 2014 - a conference for the controls freak in you. Although there is a cost for trade delegates, end-users such as buildings and lighting managers get in free as end users...bargain!

Anyone who's been following for a while will know that we have a big hangup about LED retrofits for candle lamps. None of the ones we've seen to date really have the sparkle that you get from a tungsten filament - not enough to make your crystal chandeliers truly sparkle, anyway.

Well - stop the press - Kosnic may have just hit the jackpot. Seen in place at LuxLive (and some sample products will be winging their way to us) we think that their new KTC candle will do the trick. It has a curious arrangement of paddles inside the envelope, with LED chips on either side of each surface.

The demo chandelier at the show, although not crystal, left little to the imagination - the light was pointed and crisp, and will provide functional, rather than just decorative light. 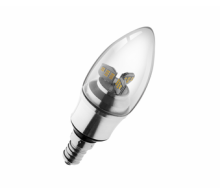 What's particularly forward thinking is that the base - which incidentally doesn't obstruct the light path - is available in three finishes, chrome, gold and a brushed brass, to match your chandelier. This makes the base, which is always going to be larger than a standard tungsten bulb, blend in much more attractively with your fitting.

They're available in dimmable and non-dimmable versions (not sure about the bottom end, yet), with a 5.5 Watt (360lm) and 4 Watt (300lm) choice of power. Amazingly, there are also flame-tipped and twisted glass options, too, blowing away any competition's offering in a similar line.

As if that wasn't enough, they come with either BC, ES or SES caps (and I think, if you ask nicely) SBC, too. I don't have the word on costing yet, but will let you know when I do.

As we said, we should be getting hold of samples in the near future, so will update following a trial with a real chandelier....

With so many LED products on the market, and so many offering so much in the way of energy saving possibilities, you need to see them up close to even begin to make a choice.

In our latest article we look at why that choice has never been more important...

If you're involved in your building's general lighting, you should not only visit LuxLive, but also put your head into the EcoLight Theatre, for a massive programme of case studies from all sizes of buildings, from tube stations to pubs.

I'll be compering/chairing most of the sessions, and will be on hand to put the pertinent questions to those behind the projects.